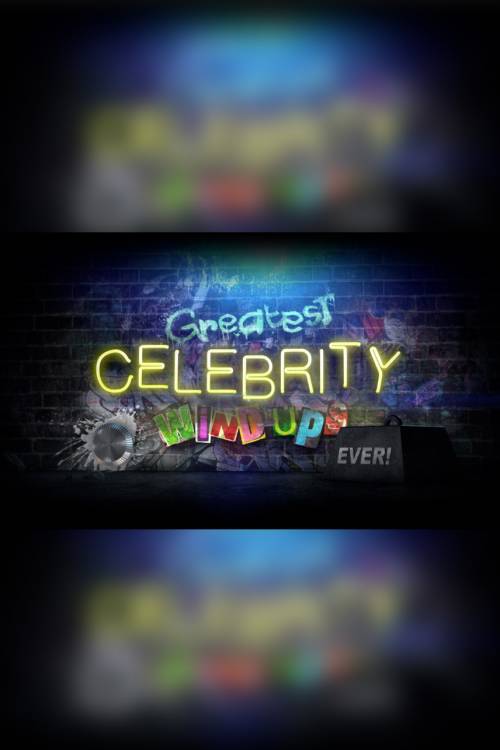 Comedian and presenter Joe Pasquale narrates this celebration of the Greatest Celebrity Wind-Ups Ever!

Featuring a glittering line-up of A-list stars, this hilarious series reveals an array of ingenious and elaborate large-scale practical jokes alongside first-hand accounts from the brains behind the pranks and the unfortunate stars on the receiving end…

Watch as Maisie Williams (Game of Thrones) goes undercover in a store to prank some awestruck fans and cricketer Freddie Flintoff gets more than he bargained for when he interviews someone he thinks is sports legend Conor McGregor. Star Wars icon Mark Hamill dons a Stormtrooper costume to take to the streets of Hollywood, and Daniel Radcliffe (Harry Potter) goes undercover as a receptionist at a magazine with hysterical consequences.

As the stars play pranks on their fans, on each other and on the public, a roster of interviewees also give their own uniquely entertaining insight, with contributors including singers Amelia Lily and Mutya Buena, JJ Hamblett from Union J, rugby ace Matt Dawson, Spurs legend Jamie O’Hara, boxer Anthony Ogogo and comedians Dom Joly and Aurie Styla.