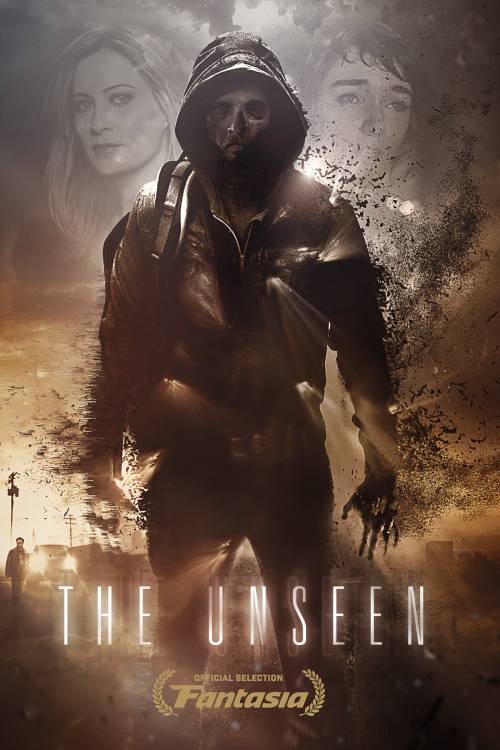 “Unseen” is the dramatic story of Bob Longmore, who eight years earlier, abruptly left his wife Darlene and their daughter Eva behind, and isolated himself in a small northern town. There he works in a saw mill, lives alone and very much keeps to himself. Bob has made this sacrifice because he has a condition. One unlike any ever seen before. Bob is becoming invisible. Not in the clean “Invisible Man” sort of way, but in an irregular, random and gradual complete loss of pigment in his skin. Bob recognized that his condition, if made public, would have destroyed his life and that of his family. So, Bob hides it from the world. When Darlene reaches out to him, he returns to the city for one last chance to reconnect with Eva. When she goes missing, Bob must risk being discovered in order to find his
daughter.